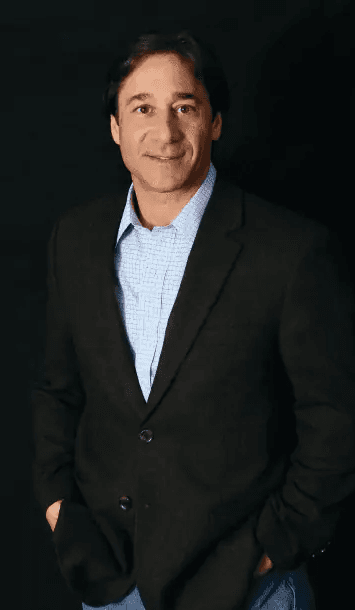 “In the home-oil business, the product all comes from the same bucket. Every company is selling the exact same thing,” says David Singer, CEO of Robison Oil. “My personal philosophy is that you differentiate yourself by the quality of the company. That means service, safety, and being personable.” Robison Oil was founded in 1921, and the Singer family acquired it in 1984. The Port Chester business employs roughly 200, has been named a ConEd Green Team Leader, A Westchester Sustainable Partner, and has been inducted into the Business Council of Westchester Hall of Fame. David Singer is a third-generation oilman, but if that conjures an image of a guy who was born into something and never gave a thought of doing anything else, think again. Singer is a man as diverse as that bucket of oil is singular. Sure, Grandad and Dad were at the helm of the family oil business, too, but David went down a different path, which just so happened to deliver him to the same destination.

“My personal philosophy is that you differentiate yourself by the quality of the company. That means service, safety, and being personable.” —David Singer, CEO, Robison Oil

“I went to law school, and my plan was to make practicing law a career,” Singer says.

“I clerked for Judge Philip M Halpern, now a federal judge, then joined the law firm of Collier, Cohen, Shields, and Boch, practicing commercial litigation. In ‘92, I got distracted by some creative adventures that took me out to the West Coast,” says Singer with a measure of reticence, needing to be drawn out of the more familiar how-I-got-into-the oil-business narrative. “Well, okay… I’ve always loved animation,” he starts. “I remember growing up, there were shows like The Monkees and cartoons with the Jackson 5. They’d sing and dance, but they’d also get into capers and solve crimes. I had a vision for an animated series like that, except with a group of rappers.”

That’s how The Street Frogs was born. During the early days of rap, Singer wrote a pilot and headed out to Los Angeles to chase his dream. He landed a production company, got budding rap superstars, like Curtis Blow, Ice-T, and Melly Mel, to do the soundtrack, and secured a meeting with some big-time animation producers. “It was off the hook! It was all going great, and it felt like my dream was about to be realized,” Singer reminisces. “Turns out, the executives were the guys who produced Rudolph the Red Nosed Reindeer. They weren’t expecting the rap lyrics, and when they heard them, oh man, they fired us on the spot! That was it.”

So, in ’98, it was back to the practice of law and a trip home to the East Coast. He worked for the same firm practicing commercial litigation and began to represent Robison in their acquisition deals. Soon Singer realized he’d rather be making the deals instead of just advising and in 2001 he became Robison’s VP of Sales and Marketing. When his dad retired in 2010 he took over as CEO. 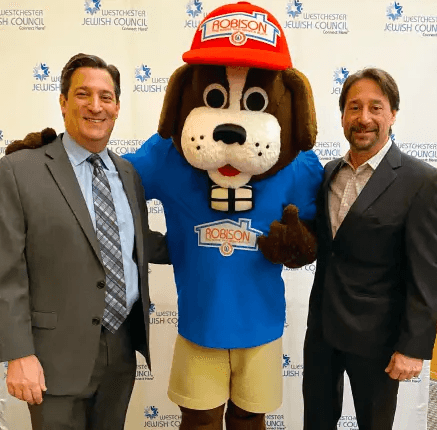 At that time, the sons and daughters of oil businesses didn’t want to follow in their parent's footsteps, so companies in the industry began to merge and consolidate. “My dad saw these roll-ups, and companies [in the business] were growing through acquisitions. It looked like an interesting challenge. My oil DNA kicked in, and I went back into the family business,” Singer says.

It wasn’t his father’s oil-business world anymore. There was a time when almost every single home in Westchester County used oil heat. Gas and electric changed that, and those commodities aren’t delivered and serviced in the same way. Back in the day, it was about taking orders, but now, with 50% or more of the homes being heated by something other than oil, it was a whole new venture.

“When my dad and grandfather ran the business, everyone needed it. Today, it is different, and when I came back onboard, I started to ask the questions: What are we? Are we an oil company, or are we a home-service company?” Singer says.

It was in asking those questions that Singer’s itch for the creative got scratched. Maybe he wasn’t writing and producing The Street Frogs anymore, but the challenges in the family business inspired him. Local oil companies started to sell their businesses, and there were many opportunities to consolidate.

“The families that had the companies for generations, the mom-and-pop organizations, wanted to sell to people they knew. I don’t like the term ‘acquire.’ The families came to us because they knew us,” Singer says. “It started a new challenge. We had to develop relationships with new customers and deliver to them the same quality service.”

It also meant making good on his question about what Robison was or would become. Robison diversified into gas, electric, and air conditioning and insulation, to broaden their market. He learned lessons along the way, adjusted, and continued to move forward.

“When we moved into insulation, it was part of the philosophy of offering solutions to home problems, not just selling oil. I learned that when oil prices are low, people are less interested in efficiency than I thought they would be,” Singer says.

For Singer, it all comes back to relationships. He prides himself on the people aspect of the business, not just as a nice add-on to what he does but rather as a fundamental foundation of his business.

“Think about it: With oil, you need it delivered; you need an annual checkup; you need to invite someone into your home. Over the years,” Singer says, “that serviceperson sees your children grow up and sees families grow. That’s important.”

Like Singer, former New York State Senator Nick Spano also grew up in the oil business with his dad and his grandfather. Their oil company was acquired by Singer, and Spano worked for Robison before being elected to the Senate. He described David Singer as being “smart as a whip and a truly honest businessperson.”

“David’s mom interviewed me for the job,” says Spano, who, in his capacity as founder and president of the Albany-based lobbying firm Empire Strategic Planning, recently made the City & State New York “Westchester Power 100” list. “David and I had something in common: We both had oil running through our veins. Like the Spanos, they were all about service and people in the community,” Spano says. “It is a whole lot more than hooking up a hose. The Singer family welcomed me into the business like I was part of the family.”

“David and I had something in common: We both had oil running through our veins. Like the Spanos, [the Singers] were all about service and people in the community.” —Nick Spano, Former NYS Senator

Outside of the business, you won’t be rubbing shoulders with Singer at the country club. He still plays competitive softball, basketball, and touch football. Sure, he’s pushing 60, and the pros scouts aren’t calling, but it doesn’t stop him from getting out there. “After some games, I don’t want to even get out of bed the next morning, I’m so sore, but I love it,” he says. Singer also loves to ski; his wife of 24 years, Holly, introduced him to the sport. Skiing takes him out of town in the winter — something that is usually verboten in the home-oil world, but Singer has worked that out.

That part of Singer that draws him to the community isn’t just something he does for business purposes. He’s actively involved in philanthropy, supporting Muscular Dystrophy, March of Dimes, White Plains Hospital, and the Boys and Girls Clubs, to name just a few.

“My grandfather and father were always donating. That’s how we were raised,” Singer says. “You know, you can spend your money on a Porsche, or you can do other things with it. It’s all about what turns you on in life.”

Freelance writer Tom Schreck has written profiles of CEOs, political leaders, and Hall of Fame athletes in addition to pieces on UFOs, dog therapists, and the problems with the green movement.